Fresh off a meeting of the top minds in Olympic coaching, USA Surfing head coach announced the 2020 U.S. Olympic Surfing Team’s coaching staff. “One thing all successful Olympic gold-medal coaches prioritize is their coaching staff. To achieve success, you must surround yourself with the best, and these coaches are a formidable force for the team as it prepares to win medals at the 2020 Tokyo Olympics,” Buran said.

Buran named WSL coach Chris Gallagher Stone as the team’s elite technical coach to focus on analyzing surf athletes’ technique and heat strategy. Stone, a native of Northern California and a former Championship Tour surfer, has coached standouts like Jordy Smith and C.J. and Damien Hobgood. Additionally, Brandon Phillips will continue as an assistant coach focused on stoking the growing pipeline of young talent. Phillips has been invaluable to Buran in communicating high expectations and a sense of team among the youngest surfers.

“This coaching staff is a trifecta of surf coaching talent,” USA Surfing CEO Greg Cruse said. “Under Buran, the US team won gold in the World Juniors event in 2017 and is well prepared to repeat the performance in 2018 and at the 2020 Olympics.”

Cruse, who has been involved in surf coaching since the late 1980’s, called Joey “the only surf coach I’ve known who coaches in the ‘John Wooden’ sense – imparting an infectious, inspired sense of what is possible to all those around him. His appeal to those new to surfing is invaluable. He was the first surfer to brand himself ‘The California Kid’ on ABC Wide World of Sports coverage of Pipeline events.”

Buran, a Pipe Master’s champion and founder of the Professional Surfing Association of America, was recognized as one of the top Olympic coaches in the nation selected to participate in the elite United States Olympic Committee’s (USOC) National Team Coach Leadership Education Program.

“The USOC recognized Buran’s unique ability to get great performances out of teenage athletes,” Cruse said. “All sports are experiencing a youth surge with younger and younger athletes making the teams and it presents all sorts of new issues for them. Joey is ahead of the curve on this and they value his input.”

Buran said the USOC elite coaching program experience of working with Olympic gold-medal coaches and coaches like Joe Gibbs with his winningest racing empire comes at a critical time for the 2020 U.S. Olympic Surfing Team.

“This is surfing’s Olympic debut. There isn’t a precedent, so I’m soaking up all the wisdom and experience of those who’ve been there and won gold and am applying it to our surfing program to bring our winning streak to the Olympic stage,” Buran said. 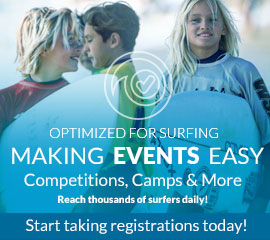 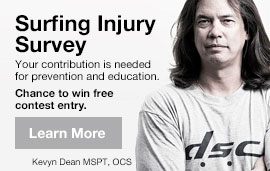